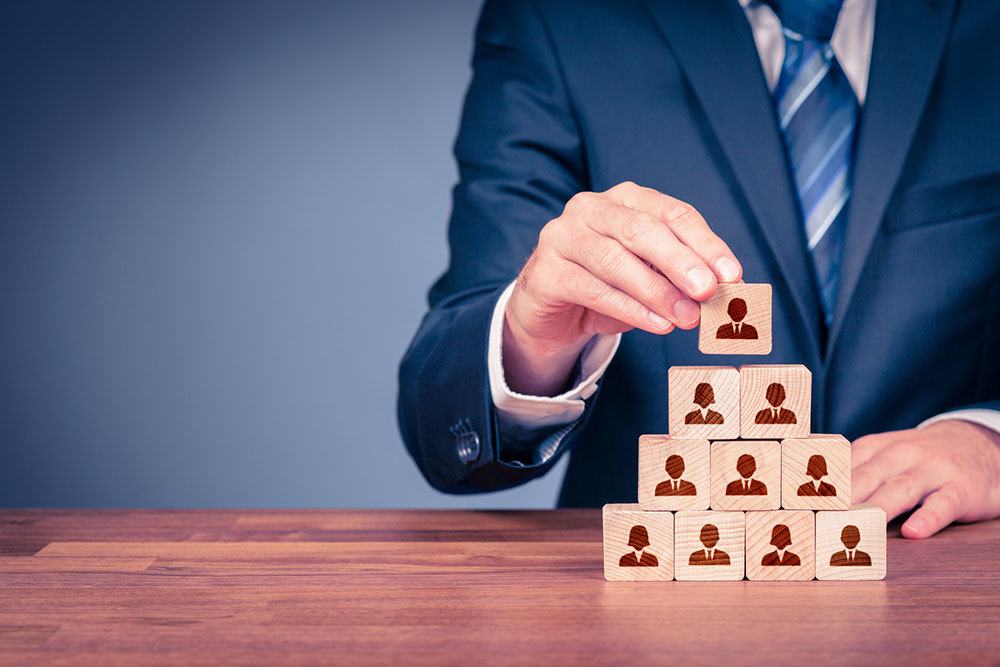 To frame this article in the proper context, the Biden administration and Congress are seeking to pump a lot of funding to the IRS, to increase enforcement against tax delinquency, among other things. It has been estimated that if they can ramp up their workforce as intended, they could recover up to $1 trillion in unpaid taxes owed. Of course, Congress loves that idea (and is salivating) because it means more money available to them to spend. Bear in mind, the new workforce that the IRS intends on training will be ambitious and hungry to make names for themselves, so audits and collections will only become more frequent and the IRS will have even more tools, technology, and staff, to enforce what it's there for – collecting your taxes owed. What all this boils down to is: things are going to get worse for those that owe. The IRS has been relatively lax in recent years in pursuing tax debt, but that's all going to change. Read on, to get a better understanding of the situation.

The Internal Revenue Service has been shrinking steadily for the past decade after budget cuts, and politicians, particularly Democrats, have generally agreed to work to reverse the trend. The IRS is seeking authority to fast-track more hires as it builds up a depleted workforce – and part of that initiative is to ramp up IRS audits and collections.

President Biden plans to propose an $80 billion funding boost for the Internal Revenue Service over the next decade, a major expansion of the tax agency that would double its enforcement staffing and give it new tools to combat tax dodging by the wealthiest Americans (which basically trickles down to include ALL Americans).

The administration projects that its plan would generate about $700 billion over 10 years in net revenue, according to people familiar with the plan, who described it ahead of the official announcement. They said that increase, which would yield money for Mr. Biden’s proposed expansion of social-spending programs, would still represent only about 10% of the taxes that are estimated to be owed but uncollected.

Staffing up For Enforcement (IRS Audits and Collections)

The proposal would provide a steady funding source to the IRS, after years of flat or declining budgets forced steep cuts in the number of employees conducting audits and collecting money. Agency officials have said they need a multi-year commitment from Congress so they can hire and train enforcement staff and ramp up audits with less risk of lawmakers stopping such an initiative midway through. The money would let the IRS increase its enforcement staff by about 15% a year.

IRS Commissioner Chuck Rettig is urging Congress to give the agency a level of funding that’s on par with the Biden administration’s budget request, in order to support long-term investments in its IT and workforce.

The IRS Has a Plan

Months before the administration released its full budget request, Rettig said the IRS had already developed a workforce plan to shore up significant workforce gaps as soon as Congress approved the spending.

Under this plan, Rettig said the agency is looking at three categories of new employees: Early-career hires with about five-to-10 years of experience outside the agency, mid-career and senior hires who can “hit the ground running” as they train up the rest of the workforce.

On the enforcement side of the agency, Rettig said he’s looking to onboard 5,000 employees. The agency currently has 6,500 revenue agents in the field.

Rettig is also calling on Congress to expand the IRS’s direct hiring authority to onboard employees with in-demand skills in a matter of weeks, not months.

“Without that direct hiring authority, I cannot keep these people interested in coming on board for [a] three, six, or nine-month period. They will go elsewhere or decide they’re just going to either retire or do what they’re doing. We need to capitalize on the interest that we are able to generate,” he said.

The Treasury Department’s career staff estimates that more than half of the $700 billion in additional revenue would come from changes to how businesses’ and individuals’ income is reported to the government, the people said. Under the plan, banks and other payment providers would be required to tell the IRS how much money came into and out of individuals’ and businesses’ accounts each year, going far beyond the existing reporting of interest income.

That change wouldn’t require individuals and business owners to file any additional forms, and it wouldn’t provide the IRS with direct information about what someone’s tax liability should be. Business owners trying to hide income could still attempt to use cash or cryptocurrency, both areas that the IRS has struggled to police.

But the change to the information-reporting rules would give the IRS much more information about business income as it decides who to audit. It would also create an enormous flow of information that the IRS would have to learn how to manage and use.

About $30 billion of the funding boost would pay for technology upgrades and other changes, some of which makes sure the IRS could obtain and analyze the bank information, the people said.

Congress will have to weigh the potential burdens and privacy concerns against the revenue gains from IRS audits and collections as it considers the plan.

The proposals are expected to be included in the roughly $1.8 trillion antipoverty plan that President Biden is set to detail Wednesday in a speech to Congress. The additional money from tax enforcement and higher tax rates on high-income households would pay for an extension of the expanded child tax credit along with programs to expand child care and funding for community college.

The anti-poverty plan is likely to also include a proposal to raise capital-gains taxes and change how unrealized gains are taxed at death as income but is unlikely to include a change to the estate tax, which applies to the total net worth of wealthy people who die.

Generally, the idea of collecting money the government is already owed is appealing to both parties because it doesn’t require tax increases that could dampen economic growth—and because it is easier to sell such policies to the public as getting money from people who should have been paying all along. But businesses and individuals who face more intense IRS audits and collections have a long history of complaining to their representatives when enforcement ramps up.

Democrats, who have been building political support for a significant IRS expansion, welcomed the proposal.

“For too long, working families have footed the tax bill for America’s billionaires and corporations,” Rep. Peter DeFazio (D., Ore.) said on Twitter. “I’m proud to be working [with President Biden] to ensure the IRS has the funding to ensure the wealthiest pay their fair share and to provide basic taxpayer services.”

Before Congress considers this proposal, it should make sure the IRS has appropriate oversight so there are safeguards as law enforcement expands, said Pete Sepp, president of the National Taxpayers Union, a conservative-leaning taxpayer-rights group.

“No one has properly assessed the risks of this proposal, thinking that it’s some magical pot of gold at the end of the rainbow,” he said. “They’re not ready for it. The taxpayer rights protection structure is not ready for it. They have not adequately thought through how and where this money can be best spent.”

The New York Times reported some details of the plan earlier Tuesday.

“The plan is excellent in that it’s comprehensive both on the funding side and on the information reporting side,” said Chuck Marr, senior director for federal tax policy at the Center on Budget and Policy Priorities, which advocates for spending much more money on IRS enforcement.

The IRS has been shrinking steadily for the past decade after a series of budget cuts, and Democrats have been relatively united around trying to reverse the trend. The agency’s $12 billion budget is about what it was in 2010, despite inflation, population growth, and increased responsibilities. Republicans have been less interested in major expansions, but they generally aren’t backing further cuts.

All Eyes on Uncollected Taxes

The agency estimates that for tax years 2011 through 2013, about $381 billion annually in legally owed taxes went uncollected—in what is known as the tax gap. After inflation and budget cuts, that number is now likely much higher. IRS Commissioner Rettig told Congress earlier this month that the figure could be as high as $1 trillion a year, though the administration’s estimates assume a lower amount.

Nonpartisan analysts project that additional money for IRS enforcement would more than pay for itself.

A Focus on High-Income Taxpayers

The administration’s goal is to focus enforcement on the highest-income Americans, the people familiar with it said, adding that audit rates for households with actual income under $400,000 would remain similar to what they have been in recent years. The plan doesn’t set target audit rates for higher-income households, giving the IRS flexibility to decide where to focus its attention.

The administration’s proposal for multi-year funding will be welcome at the agency, where officials emphasize that they need consistent funding. It can take years to hire and train skilled investigators and then years after that for their efforts to yield money as they battle high-income taxpayers through IRS audits and collections.

The certainty of that multi-year funding can let the agency plan better and makes the plan doable, Mr. Goldberg said.

Compliance may be More Intrusive

“Enforcement alone will not narrow the Tax Gap, and the efforts necessary to raise compliance levels are resource-intensive for the IRS and can be intrusive to taxpayers,” Mr. Rettig wrote this month on the IRS website. “We are committed to working with our partners to carefully balance the need with the burden.”

Remember, my Tax Problem Solver Team and I are always here to help! If you currently owe the IRS, they're ramping up to go after more people like yourself. I can't stress enough, it's only going to get worse, and sooner than later! Contact me by one of the methods below in the blue box, or email me at Larry@TaxProblemSolver.com and we can dive into your specific issues and solve them. You can also click here to book a free consultation.