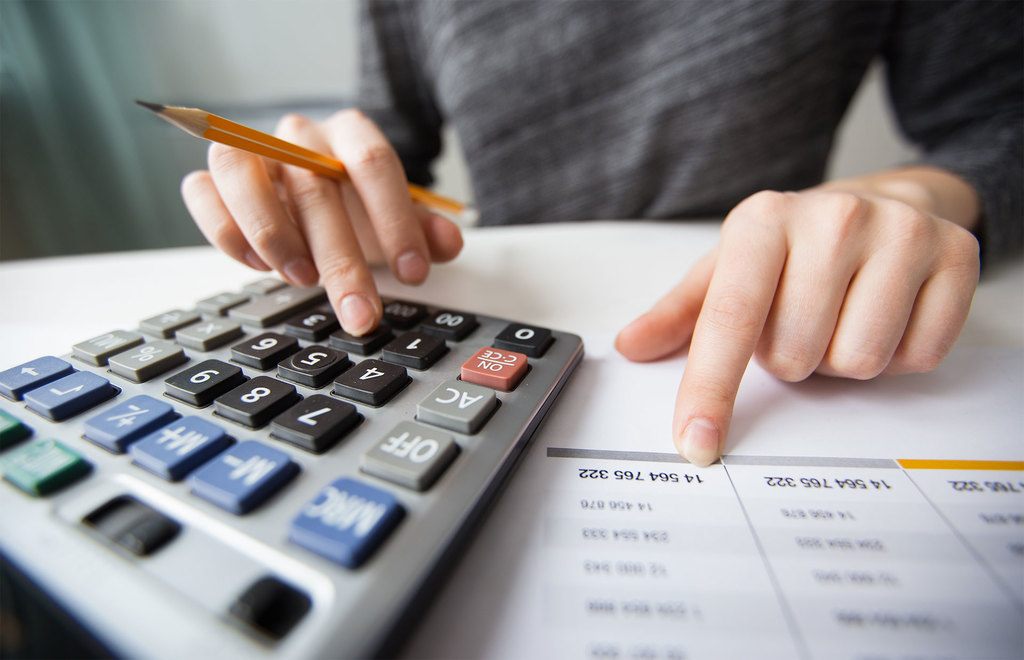 In the eleventh-hour of 2019, the House passed a $426 billion tax cut plan that would revive a hodgepodge of benefits known as extenders, kill a controversial tax on church parking, rescind several Obamacare taxes and offer breaks to victims of natural disasters.

The agreement, which came after days of difficult negotiations between the White House, Senate Republicans and House Democrats, is more modest than many lawmakers had hoped, despite its cost.

In this 2019 tax cut plan, they had considered, and were unable to agree on, more sweeping and pricey changes, including a push by Democrats to fatten up breaks for low-income people. The Trump administration, meanwhile, had hoped for a more aggressive cleanup of snafus in the 2017 tax overhaul, including a so-called retail glitch that denies retailers and restaurant owners generous new write-offs for things like remodeling.

The plan, piggybacking on a must-pass budget bill needed to fund federal agencies beyond this week, nevertheless represents the biggest tax bill of the year, and likely the last such measure Congress will pass before next year’s presidential elections. The House vote was 297-120. The Senate is expected to quickly forward the measure to President Donald Trump for his signature.

It comes ahead of the two-year anniversary next week of the Tax Cuts and Jobs Act becoming law. The list of changes is quite large, so only included here are those that are most likely to affect individual tax returns. Here is an explanation of some of those new tax provisions in the 2019 tax cut plan:

The tax changes retroactively revive a number of provisions that had previously expired or were going to at the end of 2019, and extend them through 2020. So, review them carefully to see if any of them provide you with an opportunity to amend your return for a refund.

Discharge of Qualified Principal Residence Indebtedness – When an individual loses his or her principal residence to foreclosure, abandonment, or short sale or has a portion of their loan forgiven under the HAMP mortgage-reduction plan, they will generally end up with cancellation-of-debt (COD) income. COD income is equal to the amount of debt on the home that is forgiven by the lender. To the extent that the mortgage debt becomes COD income, it is taxable income unless the taxpayer can exclude it based on specific provisions in the tax code.

After the housing market crash a few years back, Congress added the qualified principal residence COD exclusion, which allowed taxpayers to exclude up to $2 million ($1 million if married filing separately) of COD income, to the extent it was discharged debt used to acquire the home, termed acquisition debt. Equity debt was not eligible for the exclusion. However, equity debt is deemed to be discharged first, thus limiting the exclusion if both equity and acquisition debt are involved in the transaction.

This COD exclusion was temporarily added in 2007, was extended, and then expired at the end of 2017. Under the current legislation, the exclusion for qualified principal residence indebtedness is retroactively extended through 2020. Thus, if you paid taxes on principal residence COD income in 2018, be sure to call attention to that fact so your return can be amended for a refund.

Mortgage Insurance Premiums – For tax years 2007 through 2017, taxpayers could deduct the cost of premiums for mortgage insurance on a qualified personal residence as an itemized deduction. The premiums were deducted as home mortgage interest on Schedule A.

This deduction was previously allowed through 2017 and has retroactively been extended through 2020.

Above-the-Line Deduction for Qualified Tuition and Related Expenses – An above-the-line deduction for qualified tuition and related expenses for higher education has been available since 2002 and was previously extended through 2017. For purposes of the higher education expense deduction, “qualified tuition and related expenses” has the same definition as for the American Opportunity and Lifetime Learning credits for higher education expenses – that is, with certain exceptions, tuition, and fees paid for an eligible student (the taxpayer, the taxpayer’s spouse, or a dependent) at an eligible higher education institution. The deduction – up to $2,000 or $4,000, depending on AGI – is not allowed for joint filers with an AGI of $160,000 or more ($80,000 for other filing statuses), except no deduction is allowed for taxpayers using the married filing separate status. The phase-out amounts are not inflation-adjusted. The same expenses can’t be used for both an education credit and the tuition and fees deduction.

This deduction was previously allowed through 2017 and has retroactively been extended through 2020 per the 2019 tax cut plan.

Medical AGI Limits – For 2017 and 2018, individuals could claim an itemized deduction for unreimbursed medical expenses, to the extent that such expenses exceeded 7.5% of their AGI. For the post-2018 years, the percent of AGI has been increased to 10%. The provision retroactively extends the lower threshold of 7.5% through 2020.

Residential Energy (Efficient) Property Credit – This non-refundable credit has been available in one form or another since 2006 and through 2017, with credit amounts varying from 10% to 30% and the maximum credit ranging from $500 to $1,500. Most recently, the credit percentage was 10%, with a lifetime credit amount limited to $500. This credit is best described as an energy-saving credit since it applies to improvements to the taxpayer’s existing primary home to make it more energy-efficient. Generally, it applies to insulation, storm windows and doors, and certain types of energy-efficient roofing materials, energy-efficient central air-conditioning systems, water heaters, heat pumps, hot water systems, circulating fans, etc., but the expenses eligible for the credit do not include installation costs.

Employer Credit for Paid Family and Medical Leave – This credit provides an employer with credit for paid family and medical leave, which permits eligible employers to claim an elective general business credit based on eligible wages paid to qualifying employees with respect to family and medical leave. The maximum amount of family and medical leave that may be taken into account for any qualifying employee is 12 weeks per taxable year. The credit is variable and only applies if the leave wages are at least 50% of the individual’s normal wages. The credit percentage is 12.5% and increases by 0.5%, up to a maximum of 25%, for each percentage point that the payment rate exceeds 50%.

Penalty-Free Pension Withdrawals in Case of Childbirth or Adoption – The legislation allows a penalty-free but taxable distribution of up to $5,000 from a qualified plan made within one year of birth or in the case of a finalized adoption of an individual aged 18 or younger or an individual who is physically or mentally incapable of self-support. Distributions can later be repaid to avoid the tax on the distribution.

Increase in Age for RMDs – For decades, individuals were required to begin taking distributions from their traditional IRAs and qualified plans once they reached age 70½. These distributions, commonly referred to as a required minimum distribution or RMD, have never been adjusted to account for increases in life expectancy. The legislation changes the required beginning date for mandatory distributions to age 72, effective for distributions required to be made after December 31, 2019, with respect to individuals who attain the age of 72 after this date.

Special Rule – Difficulty of Care Payments – Many home health-care workers do not have a taxable income because their only compensation comes from “difficulty of care” payments that are exempt from taxation under Code Section 131. Because such workers do not have taxable income, they cannot save for retirement in a defined contribution plan or IRA. This provision will allow home health-care workers to contribute to a qualified plan or IRA by amending the tax code so that tax-exempt difficulty of care payments are treated as compensation, for purposes of calculating the contribution limits to defined contribution plans and IRAs. This is effective for plan years after December 31, 2015, and IRA contributions after the act’s date of enactment (December 20, 2019).

Sec. 529 Plan Modifications – Sec. 529 plans (also referred to as qualified state tuition plans) were originally created to allow tax-free accumulation saving accounts for a child’s education but generally limited the funds’ use to post-secondary education tuition and certain college fees. Since then, Congress has continued to expand the use of funds to include supplies, books, equipment, and reasonable room and board expenses for attending college. With the passage of the tax reform at the end of 2017, Congress allowed up to $10,000 a year to be used for elementary and secondary school tuition expenses. This new legislation adds the following to the list of qualified expenses:

These changes are effective for distributions made after December 31, 2018.

This is a major change since beneficiaries previously had options to take certain lifetime payouts. This will require careful planning to minimize the tax on the distributions. The change applies to distributions with respect to employees or IRA owners who die after December 31, 2019.

Penalty for Failure to File – The legislation increased the minimum penalty for failure to file a tax return within 60 days of the return’s due date to $435, up from $330, for returns with a due date (including extensions) after December 31, 2019. Thus, the $435 penalty will apply to 2019 returns and will be inflation-adjusted for future years.

Kiddie Tax – The tax reform enacted late in 2017 changed how the income of dependent children is taxed, causing a child’s unearned income to be taxed at fiduciary rates that very quickly reach the maximum tax rate of 37%. That change created an unintentional tax increase for survivors of service members and first responders who died in the line duty. This last-minute change reverts the kiddie tax computation to the pre-tax reform method for years beginning in 2020. It also allows taxpayers to choose whichever method provides the lowest tax for 2018 and 2019. Taxpayers can amend their 2018 return if doing so will provide a better outcome.

The changes are extensive and, in many cases, open the door to amending prior years’ returns. If you have any questions or think any of these changes might benefit you for a prior year, please give me a call at 855-BEAT-IRS or email me at larry@taxproblemsolver.com, and I can review your issues. My Tax Problem Solver Team and I are always here to help and we'll see what we can do to help you make any appropriate adjustments.