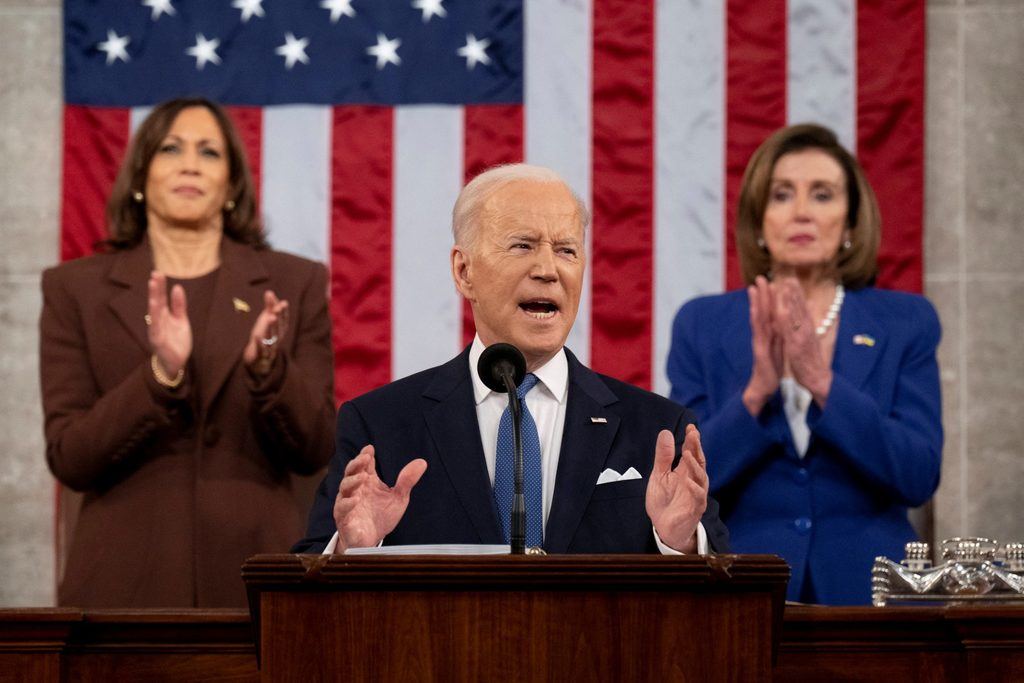 The president's tax policy is framed in the idea that our tax code is unfairly weighted in favor of high-income people. It's an idea that is widely accepted, but it’s just not true.

President Biden delivered his State of the Union address on March 1. Among the laundry list of new and ongoing spending programs that he touted, the president renewed his call for higher taxes on the rich:

I’m not looking to punish anybody, but let’s make corporations and wealthy Americans start paying their fair share. . . . And that’s why I’ve proposed closing loopholes for the very wealthy who don’t pay — who pay a lower tax rate than a teacher and a firefighter.

That’s just about exactly what President Obama said in his 2012 State of the Union address when he argued:

Right now, because of loopholes and shelters in the tax code, a quarter of all millionaires pay lower tax rates than millions of middle-class households. Right now, Warren Buffett pays a lower tax rate than his secretary.

These claims are made in so many different forums by so many leftist politicians that people no longer even challenge the merits of the statements. The media in general and the public at large merely accept the idea that our tax code is unfairly weighted in favor of high-income people to the point where the rich don’t pay while the load is carried by middle- and low-income citizens.

But that’s just not true. And the fact that it is not is so easily shown that it’s astonishing to me that so few in the legacy media even challenge the claim.

The president's tax policy claims are not based on facts.

To fact-check the president on this, one need only consult Treasury data, which are readily available on the IRS’s website, without even the inconvenience of having to submit a FOIA request. The Tax Foundation did an analysis of the latest data. The reality is far from what the president and those in his camp would have you believe.

For example, 2019 data (the latest available) reveal that

The president’s claim that the rich are not paying taxes simply does not hold up.

The same Treasury data show that the top 1 percent paid federal income tax at an average rate of 25.6 percent. This is more than seven times higher than the rate for taxpayers in the bottom 50 percent, who paid at the average rate of 3.5 percent.

Thus, the president’s claim that wealthy people pay income taxes at a lower rate “than a teacher and a firefighter” is demonstrably false.

President Trump’s Tax Cuts and Jobs Act (TCJA) cut taxes for all income groups and increased the taxes paid by the top 1 percent.

The president’s tax policy plan is to attack the earnings of the rich and is intended to offset the alleged unfair benefits they (supposedly) reaped from President Trump’s Tax Cuts and Jobs Act (TCJA). President Biden declared:

And unlike the $2 trillion tax cut passed in the previous administration that benefited the top 1 percent of Americans, the American Rescue Plan helped working people and left no one behind.

Here we see the monotonous claim that any tax cut proposed by a Republican is automatically a “tax cut for the rich.” However, an analysis by the nonpartisan Congressional Budget Office (CBO) tells a different story. The CBO’s analysis shows that the TCJA reduced federal tax rates for households across every income level while increasing the share of tax paid by the top 1 percent. Under the TCJA, both the rate of tax and the share of tax paid for the bottom 50 percent of income earners dropped, while the share of taxes paid by the top 1 percent increased.

The left-leaning Brookings Institution, through its Tax Policy Center, issued a report in December 2017 analyzing the effects of the TCJA. It found that “the bill would reduce taxes on average for all income groups in both 2018 and 2025.”

Low- and middle-income people realized tax savings under the TCJA for a number of reasons.

Chief among them are: (1) the doubling of the standard deduction for all filing categories, (2) the qualified business income deduction for small-business owners, and (3) increased Earned Income Tax Credit eligibility.

For the president to say that the TCJA constituted tax cuts for the rich is thus another demonstrably false claim.

The president's tax policy talks about closing loopholes for the rich – what loopholes?

What about President Biden's claim about “closing loopholes for the very wealthy who don’t pay”? The fact is there aren’t any loopholes in the tax code that allow high-income people to escape income taxation. If there were, the top 1 percent of income earners wouldn’t pay a greater share of income taxes than the bottom 90 percent combined.

Indeed, quite the opposite is true. The tax code is rigged decidedly against high-income earners in several ways, starting with the fact that we have a graduated tax system under which the rate of tax increases as one’s income increases. Plus, most deductions are phased out for high-income earners, so they don’t get the full benefit of otherwise legal deductions.

And, as if all that (and many more factors) were not enough, high-income taxpayers are subject to the Alternative Minimum Tax (AMT). The AMT is a secondary (almost hidden) tax system that runs alongside our regular tax system. If, after calculating all otherwise legal deductions, exclusions, and credits, one’s tax liability falls below certain levels, the AMT kicks in. In that case, the deductions, exclusions, and credits are disallowed and one must pay what effectively amounts to a flat tax without the benefit of any of the so-called “loopholes for the very wealthy.” Indeed, the AMT is computed with just a standard deduction rather than the other exotic items that might reduce one’s regular income tax liability.

Those who claim that rich people pay no taxes are either as ignorant as seventh-graders as to the basics of our tax system, or they are deliberately misleading the public. I suggest it’s the latter because it’s simply not possible that those in government making federal tax policy do not understand the facts I’ve recited here. Either way, such people should have no place at the table when it comes to formulating tax policy.

The tax-the-rich philosophy is all about transferring wealth from those who earned it lawfully and peacefully into the hands of a greedy government. And there are other even less flattering ways of describing what this is.

U.S. tax laws do not favor the rich in any way.

So, contrary to popular belief (and voiced repeatedly by those in government and politics who know better), our tax laws do not favor the wealthy in any way, and there are no loopholes that allow the rich to avoid paying taxes. The assertions of president's tax policy are shown here to be demonstrably false in a variety of ways. But if you're like most people, even reading this article probably won't convince you. I'm fighting an uphill battle against the drumbeat of 'make the rich pay their fair share' which has gone on for many decades. All I can do is cite statistics and facts that can't really be disputed (but they can be swept under the carpet, and they are...repeatedly and often).

If you have any questions or issues with tax matters – or if you're finding yourself in hot water with the IRS in any way, please don't hesitate to reach out to me or any of my Tax Problem Solver Team, and we can help you with whatever's going on. Contact me by one of the methods below in the blue box, or email me at Larry@TaxProblemSolver.com and we can review your specific issues and solve them. You can also click here to book a free consultation.