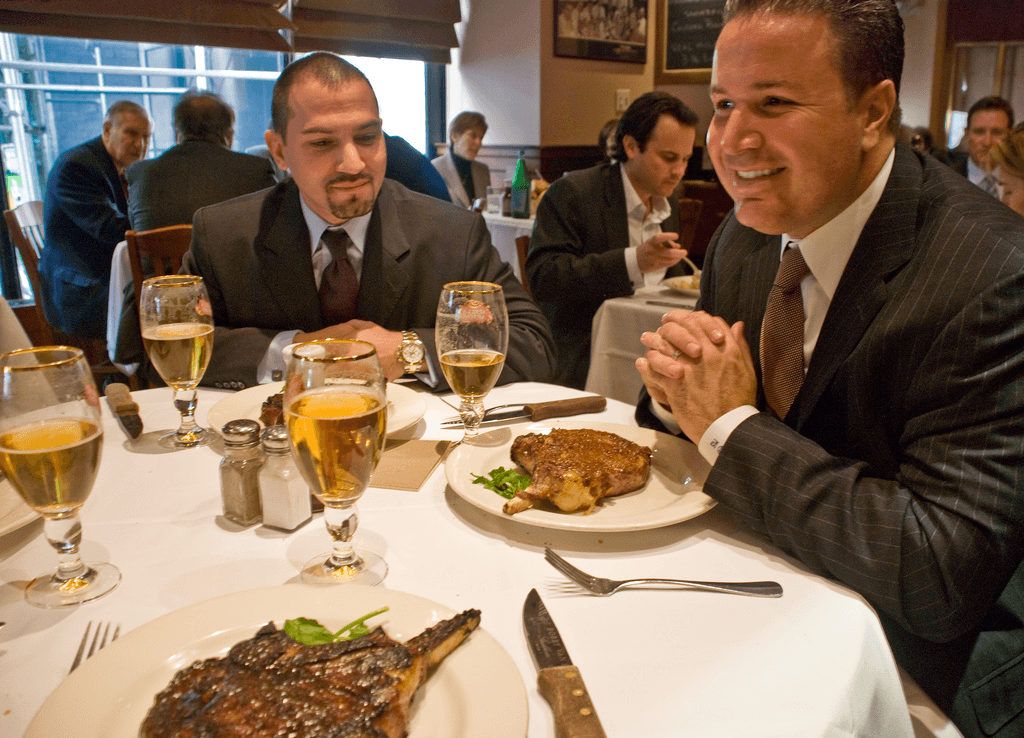 Over the years, taxpayers have concocted a lot of zany arguments to justify their tax breaks. Here are some of the most creative ones that the courts decided did not quite work. Take note: many of these ideas came from tax preparers, CPAs and attorneys!

A Little Peace and Quiet
A busy tax preparer ran her business from her home. During tax season, she felt so harassed from clients calling her at all hours of the day and night that she occasionally booked a room at a local hotel to get some peace and quiet. On her own tax return, she deducted the cost of this rest and relaxation as a business expense. Unfortunately for her, the Tax Court ruled that the cost of her good night’s sleep was a nondeductible personal expense.

Investigating Daddy’s Mysterious Death
A CPA paid millions of dollars to private investigators and other experts to help him find out whether his father, who died when the taxpayer was a child, was murdered or committed suicide. He deducted the payments on Schedule C as business expenses. He believed that if he gathered enough evidence, the story could become a book or even a movie. The Tax Court categorized his activity as a hobby and rejected the write-off.

My Little Princess
A couple’s daughter began competing in beauty pageants at age 9. She won between $1,000 and $2,000 in prize money each year that was deposited into her college savings account. The parents reported the income on their returns and also took large write-offs for the cost of travel, costumes and other expenses.

Because the prize winnings were compensation for the child’s services in the pageant, they are included in her income. And only she can deduct the costs, even though the expenditures were made by the parents. So the Tax Court denied the parents’ deductions.

Pizza for the Kids
A woman in Washington, D.C., ran her own staffing and consulting business. She hired her three children, ranging in age from 8 to 15, to help her with jobs such as shredding, stuffing envelopes, copying and tending the yard around her home office.

The mother, who was also a paid tax preparer, included the hours her kids worked on time sheets and issued them W-2 forms.

But instead of paying her children in cash, she bought them meals, including pizza, and paid for tutoring. She tried to deduct the kids’ “wages” as business expenses, but the Tax Court didn’t see it that way. In its view, the services that the children performed were more for parental training and discipline than part of the typical activities of employees, so it denied her write-off in full.

Love & Marriage & Self-Employment Tax
A married couple operated separate proprietorships. The wife’s operation turned a small profit, but her husband’s business generated a sea of red ink. When figuring their self-employment tax bill, the couple claimed the bonds of matrimony allowed them to offset his loss against her income to wipe out any self-employment tax liability.

The IRS disagreed, saying that even though they were married, his losses could not be used to reduce the self-employment tax bill on her income. Playing the referee in this tax dispute, the Tax Court sided with the IRS because the husband had no hand in running her firm. “The fact that they discussed their respective businesses over meals does not establish that [the husband] played a role in operating the realty business,” the ruling noted.

Payment for an Affair
After a police officer discovered his wife was having an affair with her doctor, he confronted the doctor and threatened a lawsuit. Eventually, the doctor agreed to pay $25,000 to settle the matter. The police officer claimed the $25,000 was a tax-free gift, but the Tax Court said that the payment is taxed as income because it was offered to settle the doctor’s misconduct.

However, the Tax Court red-lighted his write-off, saying that his conduct not only was illegal, but also wasn’t for the treatment of a medical condition.

Overdone Overdrafts
A couple who owned two struggling dry-cleaning businesses couldn’t get a loan from their bank because they were judged to be a bad credit risk. But they worked out a deal to regularly overdraw their account and then satisfy the overdraft after the bank called them. This odd financing method caused them to incur more than $30,000 a year in overdraft charges, which they deducted as a business expense.

This didn’t wash with the Tax Court, which nixed the write-off, saying the charges were unreasonably high. Not surprisingly, the pair wound up filing for bankruptcy.

Billing Mommy
A wife was sent to jail for killing her husband. Although she was named as the primary beneficiary of his 401(k) plan, state law barred her from receiving any of the funds because of her crime. So the account was paid to their son instead as the secondary beneficiary. He claimed that his mother should be taxed on the payout as the intended beneficiary. An Appeals Court gave him an A for effort but an F in taxation, ruling that he owes tax on the distribution.

Lunch with Cohorts
A partner in a law firm met every day with his colleagues at lunch to discuss the firm’s business, such as case assignments and settlements. But the IRS balked when he asked Uncle Sam to pick up part of the tab. The Tax Court came down on IRS’ side, saying that the cost of the meals was a non-deductible personal expense, even though business was discussed. The moral of the story is that while the partner can have his cake and eat it for dessert, he can’t get a subsidy from other taxpayers for his meals.

A Fish Tank
A couple’s tax returns were filed late and were riddled with questionable deductions, such as the cost of dining room furniture and a fish tank. That piqued the IRS’s attention. After an audit, the couple was slapped with a late-filing penalty and a big tax bill. They claimed that their late filing should be excused because their accountant had been sent to jail for killing her husband and the person who took over her office was incompetent. The Tax Court refused to cut them any slack.

Red Blood Cell Depletion Allowance
A woman with a rare blood type made more than $7,000 in a year as a blood plasma donor. She sought to offset the income by claiming a depletion deduction for the loss of both her blood’s mineral content and her blood’s ability to regenerate.

While depletion is a proper write-off for firms that remove natural deposits of minerals such as coal and iron ore from the ground, the Tax Court decided that individuals cannot claim depletion on their bodies.

A Trophy Collection
Large charitable deductions are one way to attract the IRS' attention (especially when they’re so big that they have to be claimed over multiple years.) If they’re in the form of non-cash contributions, where the question of "what’s it worth?" is at stake, the likelihood of an audit goes up.

Claiming a $1.43 million write-off for animal hides, skulls, horns and other hunting specimens he donated to charity is how a big-game hunter found himself in the crosshairs of the IRS. The hunter claimed there was no way to determine a market price for his “museum quality” collection and based his deduction on what it would cost to replace them—that is, to return to Africa and the other locales where he’d hunted these trophies, shoot more animals, and ship them home.

The IRS objected, allowing a deduction of $163,045. In court, a variety of experts on taxidermy presented testimony. Ultimately, the Tax Court was convinced by the IRS’s expert, who testified that there had “always been a market” for such items, and that, in any case, the donated items were just “remnants and scraps” worth a fraction of what the hunter claimed; in fact, far less than the IRS was willing to let him take.

Letting Others Burn Down the House
Homeowners who want to tear down their homes and rebuild sometimes ask firefighters to burn them down. This training exercise serves the public good. But to get a deduction, an Appeals Court says that the homeowner must show that the value of the donation exceeded the value of the demolition services provided. Since the house in the case before the court had to be destroyed anyway to make room for its successor, its value was negligible and didn’t exceed the value of the demolition services that the owners received, so the homeowner’s charitable deduction was denied.

While you've got to admire the creativity in some of these, the takeaway is: don't try to get too creative with your deductions – those definitely flag the Tax Courts. But my Tax Problem Solver Team and I can definitely advise you whether you're deductions are, ahem, too creative! And we can definitely tell you what will work to your advantage, so give us a shout if you have any questions – especially during this tax time! Email me at larry@taxproblemsolver.com or call me at (855) 902-2854, we're always here for you!

Standard Tax Deduction: How Much It Is and When to Take It

10 Things You May Not Know Are Taxable