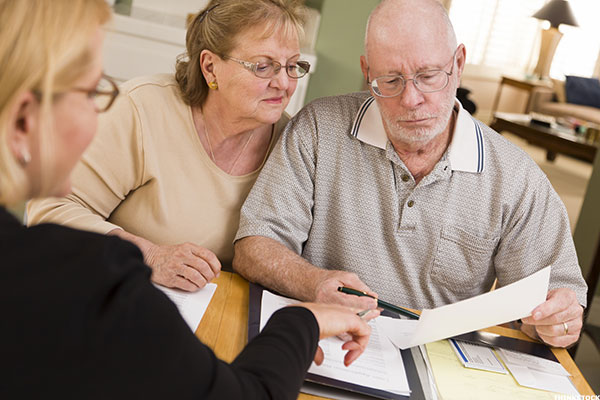 Taxes Can Still Threaten Your Retirement

Taxes Can Still Threaten Your Retirement

Sadly, it’s becoming clear that you can’t bank on the traditional idea that your tax bill will go down in retirement. A lot of things can get in the way of smooth sailing, so it’s best to get a plan in place – and now is the best time.

When asked what the biggest threats to their retirement plans are, people offer a variety of responses. The most commonly identified threats include outliving their wealth, health insurance costs, nursing home expenses and having to help their children or grandchildren financially. All of these can be major threats to your retirement plans, but there’s one biggie that people tend to forget: taxes.

Not having a clear plan to deal with the possibility taxes is one of the most serious threats to the finances of retirement-minded people.

We’ve always been told that when we retire, we will be in a lower tax bracket than when we were working. We are advised to invest everything we can in our 401(k)s or equivalent plans because we will get a nice deduction now, and, when we retire, we won’t need as much income. Since we won’t be drawing a salary, our tax burden will be reduced.

Why your tax burden may not be lower in retirement

There are three major reasons why many Americans may not get an expected tax break upon retirement:

• These days, most people want (read: expect) to maintain their current standard of living when they retire, which requires almost the same amount of monthly income they enjoyed while they were working — and that comes with similar tax consequences. Although expenses will change (they no longer have to commute to an office, and perhaps they don’t need as many nice clothes anymore, like suits and dresses), retirees have a lot of extra time on their hands, and that time tends to get filled with costly activities, like a new hobby or club. And you might start traveling much more after you retire because you finally have the time to visit new places. It all adds up, so keep it real and don’t let new expenses get out of hand.

• Retirees likely won’t have all of those tax deductions they have grown to rely on. By now, most of their homes are paid for, so they no longer have mortgage deductions. Even if they still have a mortgage in retirement, usually, it’s almost paid off, so there is little interest to deduct. Kids are usually grown and gone. Retirees are no longer contributing to 401(k)s, so those deductions are gone. A lot of people contribute to charities or their churches when they are working, but, after they retire, rather than writing checks, many instead contribute by volunteering. While this is admirable, it’s not tax deductible to the IRS. Considering all these issues, almost all income is taxable during retirement.

• Future tax brackets may be higher than they are today. This wasn’t supposed to be the case, but our current individual tax brackets are about as low as they have ever been. As bad as things are now, the highest bracket we have ever seen stood at 94% during two years in the 1940s. Throughout the 1970s, the top federal tax bracket stood at 70%, and that did not include state or local income taxes. Our current top rate of 39.6% pales in comparison. Social Security, Medicare and Medicaid are still unfunded liabilities that could lead to higher taxes. And the national debt, which currently stands just under $20 trillion, might contribute to higher taxation as well. With these threats ongoing, tax rates could end up much higher than they are today.

There are things you can do now to help prepare for these possible tax threats to your retirement income. Plan now to have as much money as you can in tax-free accounts, such as Roth IRAs, Roth 401(k)s and certain investment-grade insurance strategies. If you’re fortunate to work for a company that matches your 401(k) contributions, contribute up to the match and take advantage of the extra money offered to you. Consider converting your IRAs to Roth IRAs over time.

It would be wise to create some options for yourself, and it’s important to do it sooner rather than later. Waiting until you have to start your required minimum distributions (RMD) at age 70½, it might be too late to take advantage of some of your options. In some cases, the required minimum distribution (RMD) alone can cause your Social Security benefits to be taxed. If you have to pay tax on your Social Security benefits, it will not only be irritating and frustrating, but you will have to come up with the money to pay the income tax. Most likely it will be taken from additional IRA account dollars, which will also be taxed. At this point, you are basically stuck with nothing else to do but pay the increased taxes.

Working out a plan to deal with your tax burden in retirement can be the difference between having a successful retirement and struggling to meet your monthly expenses. It’s important to consider creating a plan now, because our tax burdens may actually get worse after we retire.

At TaxProblemSolver.com, we’re always here to help you with any tax situation. Email me at larry@taxproblemsolver.com and I, or one of my Tax Problem Solver Team, will reach out to you and help you with whatever’s going on. Meanwhile, remember, it’s never too late to plan ahead! Make your retirement work for you, and not the other way around!